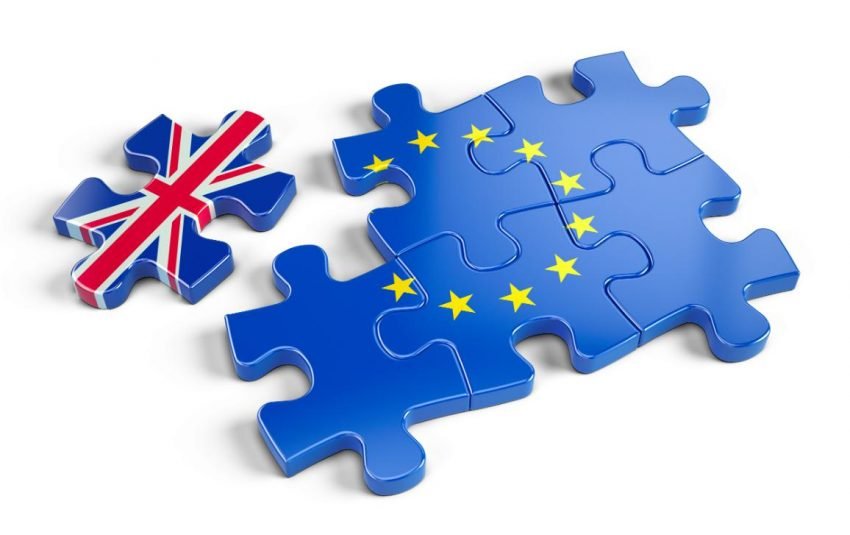 The UK is expected to soon become an associated country to the EU’s R&I Framework Programme Horizon Europe. The UK will therefore have the same rights and obligations as other countries associated to the Programme.

How will the UK be associated to Horizon Europe?

Through the Trade and Cooperation Agreement between the EU and the UK (TCA). All aspects of UK association to Horizon Europe were agreed on 24 December 2020 in the TCA and documents attached to the Agreement. Association will enter into force through the formal adoption of a Protocol that is already agreed in principle, after the Horizon Europe Regulation has been adopted. No additional negotiations are foreseen.

The Trade and Cooperation Agreement (TCA) has been provisionally applied since 1st January 2021. It will be definitively adopted after receiving the consent of the European Parliament.

Part V of the TCA addresses UK participation in EU programmes. It is complemented by a financial annex specifying the implementation of the financial conditions and by a draft protocol, called Protocol I. This Protocol specifies the Programmes in which the UK will participate and the scope of its participation, as well as some rules specific to each programme, including Horizon Europe.

This protocol is still in draft form and will be finalised and adopted by the joint EU-UK Specialised Committee on Participation in Union Programmes. This delay in adoption is purely for legal reasons, as the Protocol on participation to Union programmes cannot formally be adopted prior to the formal adoption of the basic act: the Horizon Europe Regulation needs to be adopted first. As soon as the regulation is adopted the parties will finalise and adopt the Protocol in the joint Specialised Committee on Participation in Union Programmes.

When the Protocol enters into force, the UK will be formally associated to Horizon Europe.

Can UK entities take part in the first calls for proposals of Horizon Europe?

Yes. UK entities including universities, research centres, scientists, innovative businesses, industry, etc. will have full rights to participate in the first calls for proposals of Horizon Europe as soon as they are published on the European Commission’s website.

This is also true for calls which may be published before the adoption of the Horizon Europe Regulation, such as early COVID-19 calls or those of the European Research Council (ERC) and the European Innovation Council (EIC), apart from the EIC Fund (see below).

In duly justified exceptional cases, restrictions may apply and these will be clearly specified in the calls for proposals.

The first calls for proposals are expected to be published before UK association enters into force. The General Annexes attached to the main Horizon Europe work programme (2020-2021), as well as the ERC and EIC work programmes (to which the General Annexes will apply once the latter are adopted), will ensure that UK applicants are treated as if the UK is an associated country throughout the process, from admissibility and eligibility to evaluation, up until the signature of grant agreements. However, grant agreements can only be signed once the association has come into force. The same treatment will also be granted to any applicants from other associated countries currently engaged in the active process of (re)association with the Commission.

The Commission expects association of the UK to enter into force before the first grant agreements are signed.

What parts of Horizon Europe will the UK be associated to?

The UK is associating to the full Horizon Europe programme with the only exception of the EIC Fund (which is the loan/equity instrument of the EIC, see below). The scope of association includes the European Research Council (ERC), the Marie Curie-Skłodowska Actions, the six ‘Global Challenges’ clusters and Missions, the partnerships, the European Institute of Innovation and Technology, etc.

UK entities are not eligible to participate in the EIC Fund part of the EIC Accelerator, since the UK decided not to take part in financial instruments of the EU. This means UK entities can apply for grants under the Accelerator but they will not be eligible for loans or equity. They can also participate on an equal footing with entities from EU Member States and other associated countries in the EIC’s Pathfinder component.

The UK will also be associated to the Euratom Research and Training Programme, as well as fusion-related activities carried out under the European Joint Undertaking for ITER and the Development of Fusion Energy (F4E), the ITER Agreement, and the Broader Approach Agreement.

The UK will not participate in the European Defence Fund, which has a different legal basis and is not covered by the Trade and Cooperation Agreement.

In duly justified exceptional cases for actions related to Union strategic assets, interests, autonomy or security, Horizon Europe work programmes may provide that the participation can be limited to those legal entities established in Member States only, or, to those legal entities established in specified associated or other third countries in addition to Member States.

Moreover, for duly justified and exceptional reasons, in order to guarantee the protection of the strategic interests of the Union and its Member States, the work programme may also exclude the participation of legal entities established in the Union or in associated countries directly or indirectly controlled by non-associated third countries or by legal entities of non-associated third countries from individual calls, or make their participation subject to conditions set out in the work programme.

What are the rights of UK participants?

Thanks to the Associated Country status, UK participants will have the same rights as EU participants, with the very limited aforementioned exceptions. UK entities are eligible for funding at the same rates and under the same conditions. They can lead project consortia. They also count towards the minimum number of countries in calls for transnational projects.

What does the UK have to pay to participate in Horizon Europe?

The UK’s financial contribution will consist of:

Correction mechanisms will apply if significant imbalances appear between the UK’s operational contribution and what it receives from the programme.

The operational contribution will be calculated by applying the ratio of UK GDP to the EU27 GDP to the amount allocated to Horizon Europe. Adjustments will be made to deduct calls from which the UK might exceptionally be excluded or quasi-excluded.

The participation fee will be introduced progressively. It will be 4% of the operational contribution in 2027, at the end of the phase-in period.

In case the UK receives more in competitive grants than its operational contribution (after deduction of support expenditure) an automatic correction has been set with a threshold of 8% over two successive years.

In case the UK receives significantly less, the mechanism is different and the first way to rebalance the situation should be to try to improve the level of UK participation.

If the UK overpays by more than 12%, it may bring the matter to the joint Specialised Committee on Participation in Union Programmes for consideration and agreement of appropriate measures to balance the situation. In case the imbalance persists and exceeds 16%, the Specialised Committee can make adaptations to the UK’s participation and adjust future financial contributions. At this stage, the UK may also reconsider its participation in the Programme or parts thereof.

Will other countries associate to Horizon Europe?

Sixteen countries were associated to Horizon 2020. Similarly, Horizon Europe will be open to the association of:

The Commission is currently engaged in active exploratory talks with a view to (re)association with six Western Balkan countries, Turkey, Israel, Tunisia, Morocco, Ukraine, the Republic of Moldova, Georgia, Armenia and the Faroe Islands. Moreover, the process to formalise (re)association with Norway and Iceland is being carried out in accordance with the provisions of the EEA Agreement.

The Commission expects most (if not all) of these countries to be associated from the start of Horizon Europe, alongside the UK, while others may join later in the Programme’s life cycle.

In addition, Horizon Europe will also be open to the association of other third countries and territories located anywhere in the world and that share the EU’s fundamental values, as well as have a good capacity in science, technology and innovation, in line with the requirements of Article [12] (1)(d) of the Horizon Europe Regulation.

Information on informal exploratory talks on association to Horizon Europe are also published on this website and regularly updated.

Article [12] of the draft Horizon Europe regulation details the conditions for association to Horizon Europe. The Regulation establishing Horizon Europe is still subject to legal and linguistic verification and formal adoption by the EU co-legislators. The exact numbering of the Articles may therefore change.